Sydney is alight in sound and colour for Vivid 2016.

We made an early call to book in to see Vivid Sydney.

We made a good call and stayed right in the heart of Circular Quay – sure, it costs more but having access to so many of the venues right on your doorstop makes it easier to get out and enjoy the show.

Of course, by the time we arrived on Friday night we were tired and hungry but we did get out and enjoy the atmosphere of Circular Quay while looking for dinner.

So, it meant Saturday night was our only real opportunity to make the most of Vivid. We started off down in Martin Place – we went looking for a particular display that Juliane had seen online, but as it turns out that was pretty tame compared to the huge, coordinated light display in the centre of Martin Place. It was a circle of lights (50? 60? not sure how many were there) which moved in a coordinated pattern. It was a cone pointing straight up, then a cone angling down over the buildings and circling around. Then each finger of light would break away in turn before reforming in a different sequence. It was massive – both the size of the installation on the ground and the height of the lights in the sky – and totally mesmerizing.

From there, we walked back to Circular Quay. One of the great things is how the whole city is geared up for this event. Entire streets were closed to traffic to allow continuous pedestrian access between Martin Place and Circular Quay with large signs pointing the way and people on hand to give directions.

Circular Quay is where the great icons are visible from – the Opera House and the Harbour Bridge. We headed to the western side to see for the best views of the Opera House. We stopped off long the way to see the changing displays on the Museum of Contemporary Art. But the real show was on the Opera House.

The Overseas Passenger Terminal provides a great spot to view the show – enough distance to see the whole thing from directly across the water. The light display was an Indigenous-themed one with a mix of both moving elements (eg. lizards crawling across the sails) and more static displays, all of it accompanied by a theme track playing through speakers that were space around the edge of the water. It was busy here, but not so crowded that we couldn’t get a spot in the front row. Walking along the water’s edge to The Rocks gave a continuous view of the Opera House and in fact just a bit further along was the best viewing spot of all.

As you walk further along The Rocks the Harbour Bridge comes in to view. The problem here is that it’s almost too close to appreciate, and from here the display didn’t look as good – maybe it’s just that the bridge doesn’t offer a single broad canvas like the sails on the Opera House.

We then headed back to the Customs House to see the display there. This was more a continuous story, using every element of the architecture (windows, lintels and ledges etc) to tell the story with characters leaping and bounding across the façade.

We then headed up to the viewing platform on the Cahill Expressway immediately above Circular Quay. I’ve never been up here before (luckily I did some research beforehand) and this has the truly iconic sweeping view from the Harbour Bridge on the left to the Opera House on the right.

We finally ended up at the Opera House but again the effect wasn’t the same up close.

Dotted around the whole area are smaller installations, many of them interactive to allow people and children to have a play. So the festival isn’t just about standing back and watching, but also getting involved.

With only one night, we knew weren’t going to make it to the other venues much less have the opportunity to sample the other events that are running. We really should have stayed for two nights. Next year? 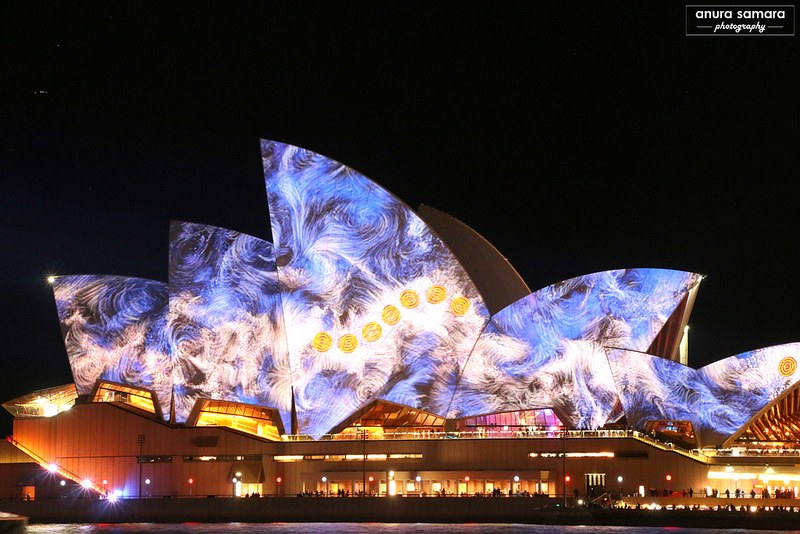 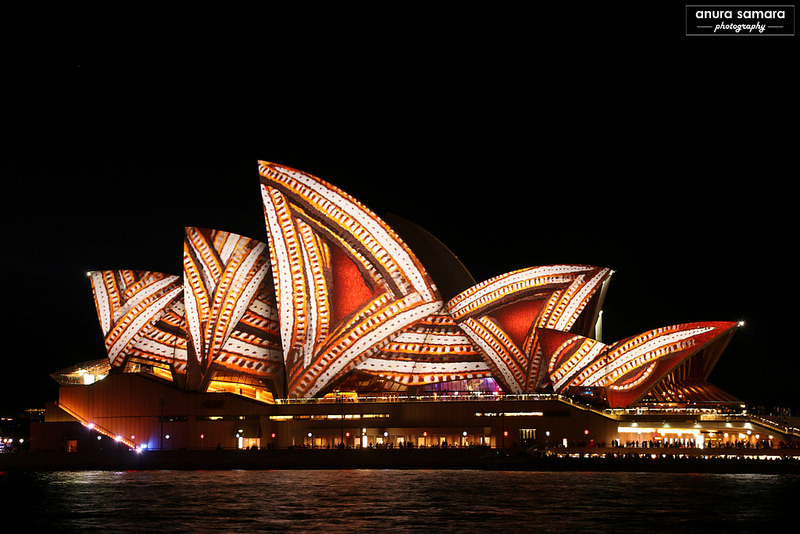 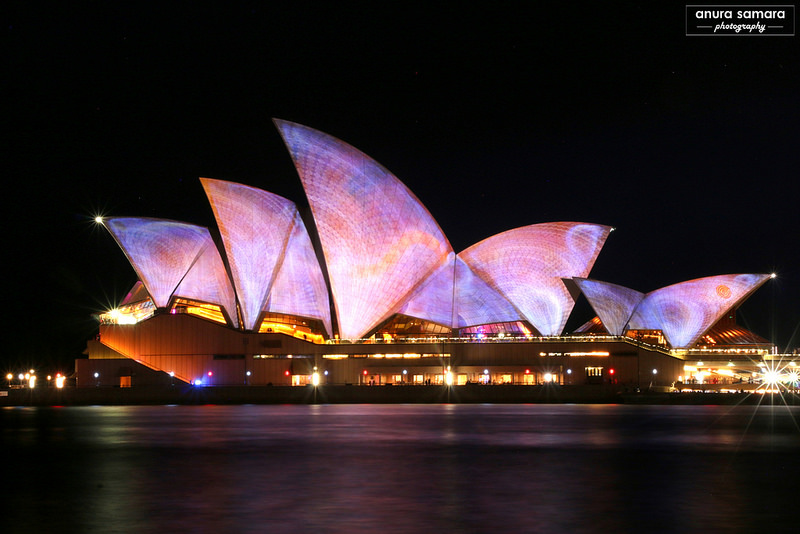 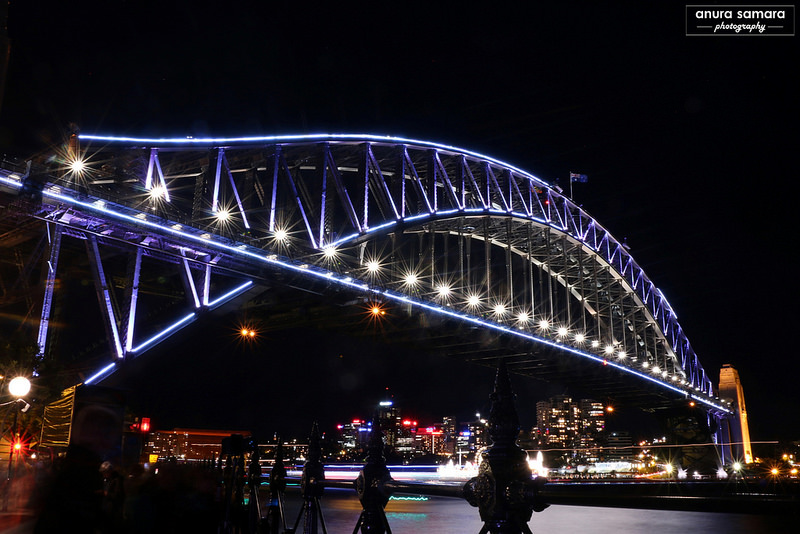 Where is it?
Photos

Next: Nelligen: First trip with the Cub Camper