A short weekend in Sydney. Photography was my main entertainment for the weekend.

Juliane had a conference in Sydney so I decided to take a few days off work and join her.

We stayed in Double Bay which I’ve never really seen before. It’s close to the harbour with ferries into the city, it’s also close enough to the city for a quick drive or even a walk. At the same time, it has a village feel with laneways and shops on the street instead of a massive mall and driving around is easy. But it’s definitely high-end with very expensive cars on the streets and equally expensive shops.

The main thing I did was take the opportunity to photograph Sydney. The first stop was Mrs Macquarie’s Chair which has direct views of the Sydney Opera House and the Harbour Bridge. From there, I headed down to the Rocks for more photos of the Bridge (from up close) and the Opera House. With iconic landmarks well lit on a clear night, it really is hard to go wrong. 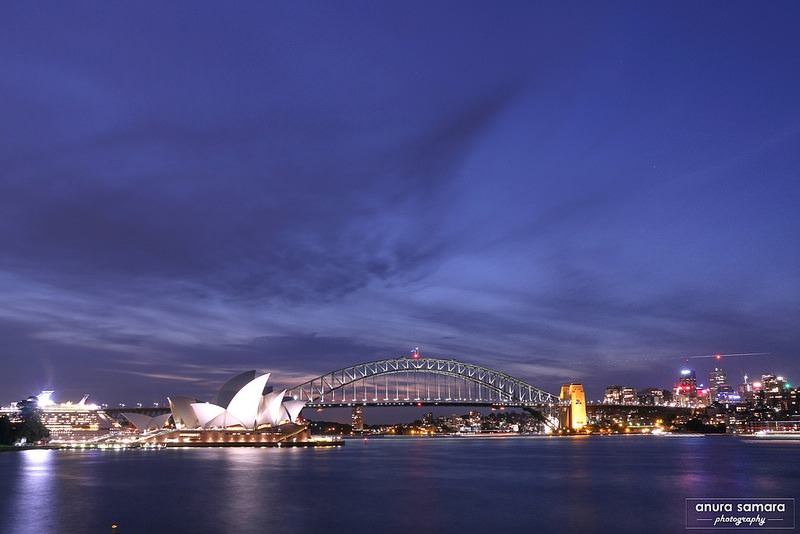 We also caught the ferry across to Manly to have lunch. Of course, it was a perfect day and the water looked enticing. Guess who didn’t bring their swimmers?

Next: Camping weekend in Kiama